The Festival of Trees & Lights 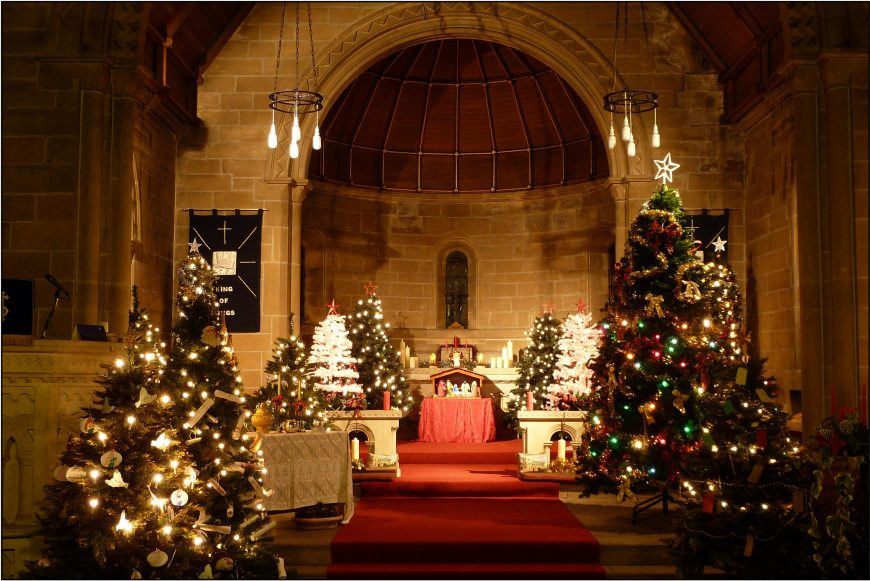 Whilst visiting friends in Branksome, Dorset in December 2007 Pat and Dennis Broskom paid a visit to their church to see a Festival of Christmas Trees. The church was old and large with very high ceilings.

Pat was immediately struck by the scent of wonderful fresh pine which emanated from the Christmas trees. The trees were lit with warm white lights. They were decorated with figures of angels, stars, donkeys and lambs most of which had been made by local children.

The simplicity and the beauty of the scene led Pat to believe that such a festival could be recreated here in South Anston and that’s how it all began. She put her idea to friends who without exception thought it a wonderful project. Their enthusiasm was infectious and by the time it was February 2008, just two months later, when she sought permission from the church council to bring the idea to fruition, there were only positive responses. Her next task was to put forward a plan of action for the family committee.

Pat readily admits that, though no list maker, this project really did require some serious list making. Nothing could be left to chance. “Fail to prepare – prepare to fail!”

Her first priority had to be the funding. Where would the money come from? What expenses would be incurred? How many trees would we need? How would they be arranged and fixed? How many extra electric points would be needed? And so it went. Then of course questions like, how long would it last? When would it be staged? Would we serve refreshments?

The list seemed to be endless. Eventually items on the list were dealt with, some more easily than others.

A further meeting was held where more questions were raised and new ideas discussed.

It was decided that the festival would take place on the weekend following the village concert which is always on the first Saturday of December. Volunteers from the meeting agreed to organise stewarding, refreshments, music during the day and the festival would culminate in a sing-along carol service.

A great deal had been decided in just a few weeks. Later on in the year Pat and her husband Dennis sourced the price of trees, costed lighting and approached three local schools in North and South Anston to take part in the “opening”. Councillor Iain St John was asked to “open” the festival. Letters were written to local businesses and all church members detailing the Festival and asking for sponsorship – it’s never easy to ask for financial assistance which was absolutely essential to ensure success and also determine how many trees we could afford. Happily, the response to our requests were met with enthusiasm. It seemed as if everyone wanted to help. The money that was pledged needed to cover the cost of the trees and lights but also the infrastructure, – the joinery, the electricity, the one hundred and one things you don’t necessarily think about at the time.

Every individual, every Uniformed Organisation and every Village Society which contributed would be recorded in thanks and recognition on a decorative wooden cut-out tree – the brain child of Morag Dobbie. The trees themselves would have the names of the groups beneath them, names such as Anston Male Voice Choir, Anston Ladies Choir, Network, Coffee Morning Ladies, Friendship Group, Messy Place, Girls Brigade and W.I.

It’s wonderful to report that this list has grown and hopefully will continue to do so.